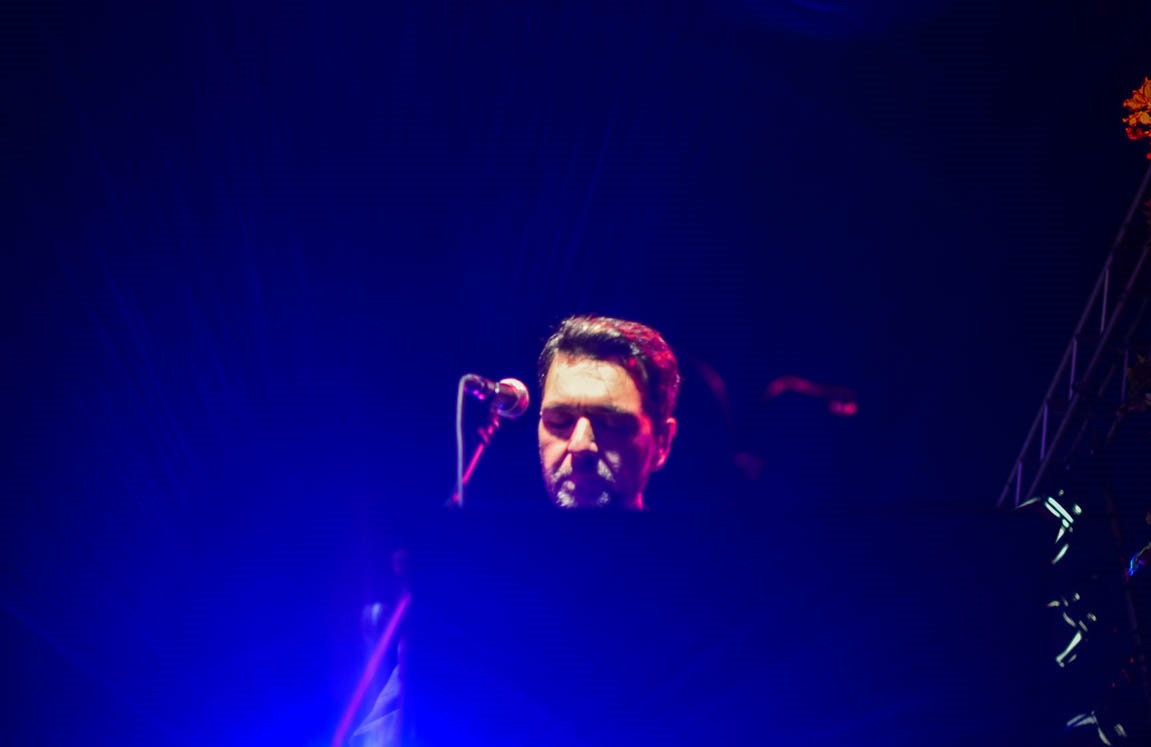 A versatile vocalist,musician and performer, Panayotis is known for his ability to perform different styles of music with the a unique, personal approach and style. He mainly sings international tunes such as jazz standards, chansons, folk & world music ,gospel and spirituals, classical and post-modern music and of course greek music repertoire. He has performed in Europe, US and China, in theatrical and musical productions with an emphasis in his solo projects.

A new CD has been just released in Greece with Panayotis’ participation in three songs. “Apokathiloseis” (Demistyfication) is a song cycle set into music by Tasos Karakatsanis, one of Greece’s most prolific composers upon the poetry of Chrysanthi Hadji. (Odos Panos Editions 2021).

Theatrical appearances include major roles in Seneca’s “Trojan Women” (dir. F.Sofianos, 2007), “The Echo Of The Living Myth” (dir. S. Spiratou, World Expo 2010, Shanghai), “The Beggar’s Golden Keyhole” by G. Peristeris and M. Grammatikaki (dir. L.Georgiadou, 2016-18) among others.Moreover he has sung in operas such as “The Barber of Seville” (dir. E. Arseni, 2018), Offenbach’s “La belle Helene” which became an operetta “smash-hit” in Greece in 2015 in a tour of more than 65 shows in Greece and “El Barberillo De Lavapies” (dir. Daniel Helfgot) which took place in California, USA as a part of the Zarzuela Festival in 2005.In June 2016 a CD of the highly acclaimed composer and arranger Tasos Karakatsanis was released where Panayotis sings new songs upon the poetry of Noni Stamatelou (“Oi Mpalantes tis Nonis”). More releases followed in Greece based in theatrical productions that he participated.

A special project for Platos’ Academy Digital Philosophy guide has been also recorded with Panayotis’ voice; a guide that follows the ancient paths of Athens and describes more than 90 monuments in the city.Furthermore, Panayotis’ love for folk and world music has led him to work for more than 10 years upon the music and tales of Europe and the US and present them with his colleagues in a variety of alternative venues all over Greece; forests, beaches, chapels, rivers, museums. The digital single “Mia Kori Apo tin Amorgo” (A Girl from Amorgos) that was released in 2018 was a result of these appearances.

Initially a classically trained vocalist he holds a B.A. in Music from the American College of Greece (Deree College), and a Diploma in Classical Singing from Attikon Odeion (a student of Dimitris Dion-Aryvas and Maria Skarlatou). Ηe was also honored with a Fulbright Scholarship and studied at The Longy School of Music in Cambridge (Boston, USA), from which he received his Master’s degree in Vocal Performance (with additional studies in opera and acting) under the tutoring of baritone Robert Honeysucker. Panayotis works also as a voice coach and advisor; he composes music for the theater and works as a Voice Coach and consultant, tutoring several groups and projects dealing with the voice.

“Terzakis’ expressive singing seemed to beckon the listeners’ souls to sing as well, as he took the audience through the range of emotions experienced during the challenges of realizing one’s destiny”

“People were jolted into an enthusiastic standing ovation by powerful performances of songs that described “the extraordinary travels of Hellenic music through the centuries””.

“Your performance was exceptional and was an inspiring tribute to Greek-American relations.”

2008 US Ambassador Mr. D. Speckhard upon Panayotis’ performance in the 4th of July celebration in Athens

“Greek Folk music is taken to a new level with the well-trained bass vocals of Terzakis.”Far Away Land” is a touching and memorable CD filled with wonderful traditional Greek Folk music.”

“With only his voice and simple accompaniment he charmed his listeners for more than an hour. The program demonstrated the power of the individual artist working with classic cultural material-combined with a motivated audience.”

“…This recording (“Far Away Land”) is full of high quality aesthetic moments and deep emotions. The voice of Panayotis Terzakis especially with its “pianissimo” and “fortissimo” takes you to a different world…this work is so touching and heartbreaking that you cannot even rate it…..I would recommend: “Just say nothing and listen!”

“….his humble interpretations of the songs are perfectly obvious. This CD (“Far Away Land”) holds itself to high moral standards.”

“the audience was blown away by the fascinating interpretations of Terzakis, mezzo Monifa Harris and the piano accompaniment of Dimitris Vezyroglou”

“…everything was interpreted clearly and precisely.. that was showed by how clear the “Nobles”(cc.Terzakis & co-singers)  were singing their r’n’b (!)’ operetta part… everyone served his role perfectly and they offered a homogeneous spectacle…

“Panayotis Terzakis gives a unique status of the sponger Agamemnon in “La Belle Helene” in a humoristic way; he is also vocally impressive as a rapper within the opera in a minor surprise-role”